Hutchison Ports Venlo is located in the middle of one of the important, if not most important, logistics hotspots in the Netherlands. The area is characterized by the presence of many large shippers, logistics service providers and warehouses. In addition, it is a stone's throw from the German Rhine-Ruhr region; Düsseldorf is only 55 kilometers away, Cologne 90 kilometers. The Venlo region is excellently accessible by water, rail and road and Hutchsion Ports Venlo offers all these possibilities.

In 1982, ECT started using the Venlo rail terminal as a collection and distribution point for container cargo to and from Germany and the rest of Europe. ECT had a dynamic strategy together with Seacon Logistics to maintain Rotterdam's competitive position. The barge terminal was opened in 2010. Both terminals are still part of ECT's own inland terminals and the European Gateway Services network. 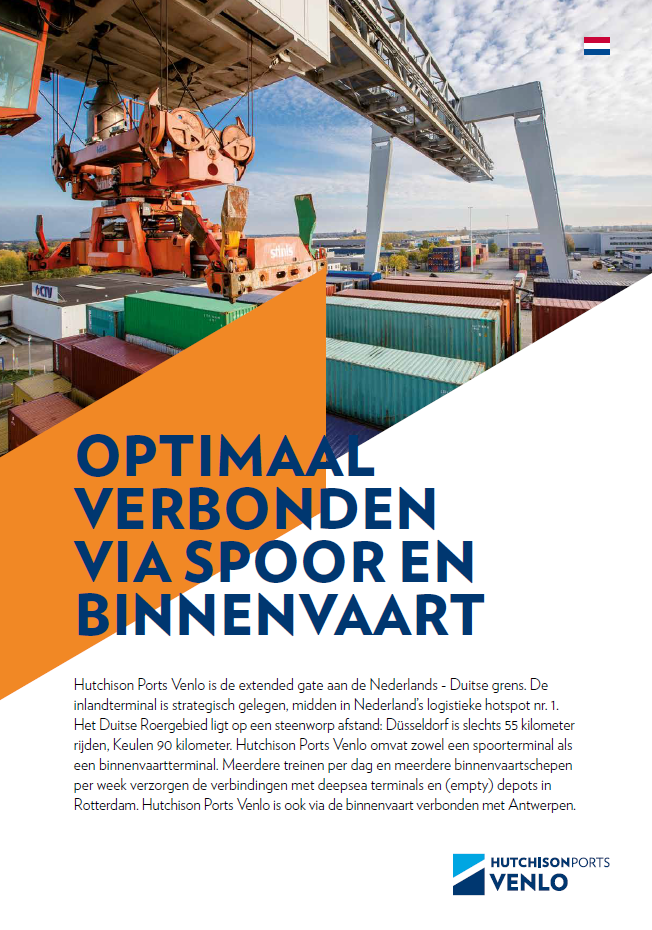